We drove into the center of the town and were awestruck by the size of the cathedral. We've seen other churches that are bigger--the cathedral in Seville, Spain, and Saint Peter's in Rome.  But Albi was built in the 1100s specifically to deliver a lesson to the non- or not-so-sure-believers that the Catholic church was serious.  And there's no getting around the clarity of that message--in either 1265 or 2014.


We began our visit searching for the Toulouse-Lautrec museum.  On the street, I stopped a woman to ask for directions.  She pointed the way and said that she had never actually visited the museum despite her Albigensian residency and that for the weekend, admission was free. It was the weekend recognizing France's heritage all over France.  Widely advertised, most French historic sites were free to the public. Lucky us. 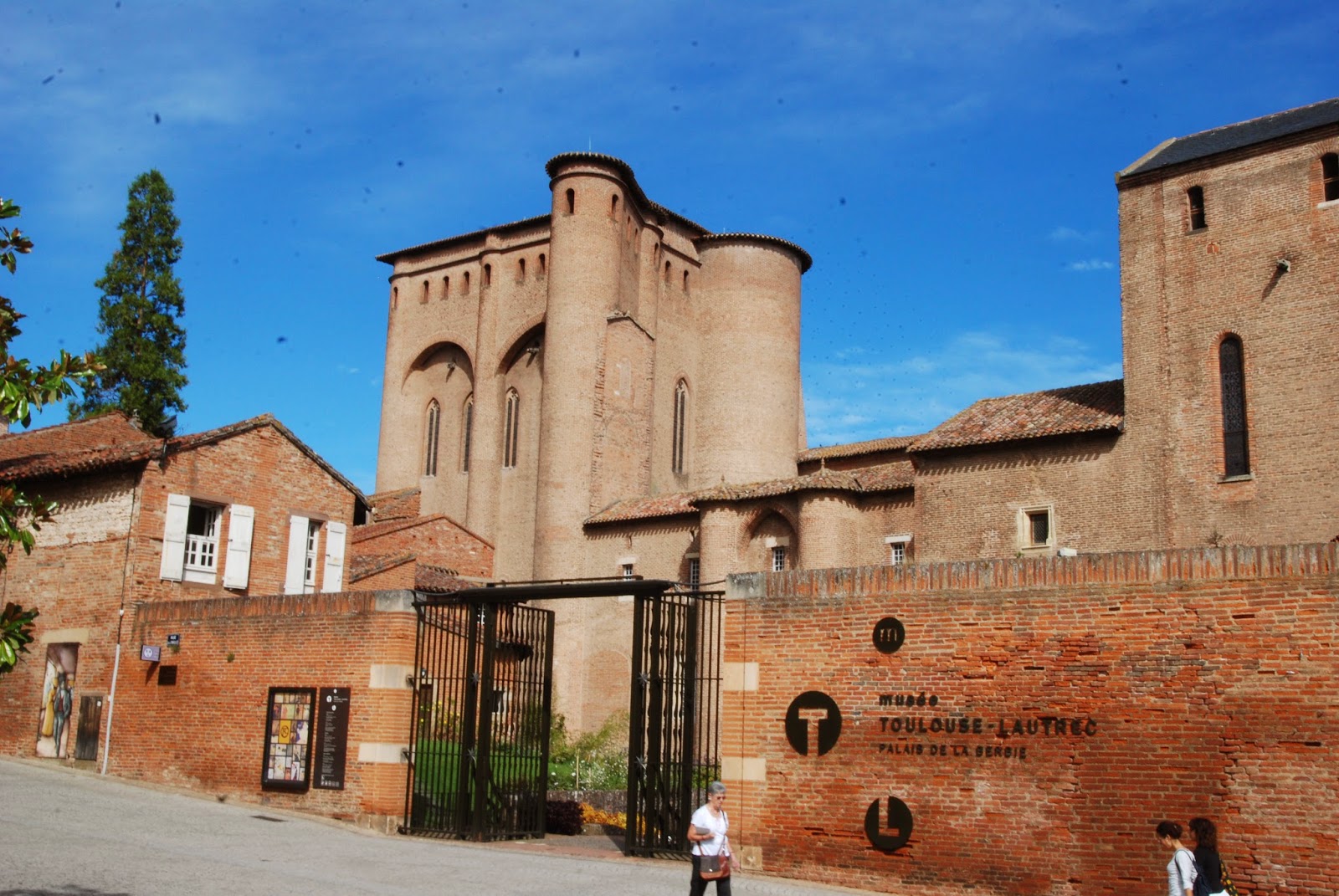 Toulouse-Lautrec was born in Albi of a privileged family.  His parents encouraged his artistic talent--especially during his long periods of convalescence.  The museum had many of his pieces, including some of the initial drawings in preparation for the posters about the bawdy Parisian nightclub life and prostituion for which he became famous worldwide.  He also had a fondness for horses and painted many images--both realistic and impressionistic during his short career.

While in the basement of the museum looking a collection of regional artisan pieces, I gazed through a glass case to find the Madame who had given us direction.  I said, "Vous etes arrivee, Madame!"  (You came.)  She admitted that it was only because we asked for directions.  And she said she was glad she did.  A nice exchange.

We left the museum for Cathedral de Ste-Cecile. 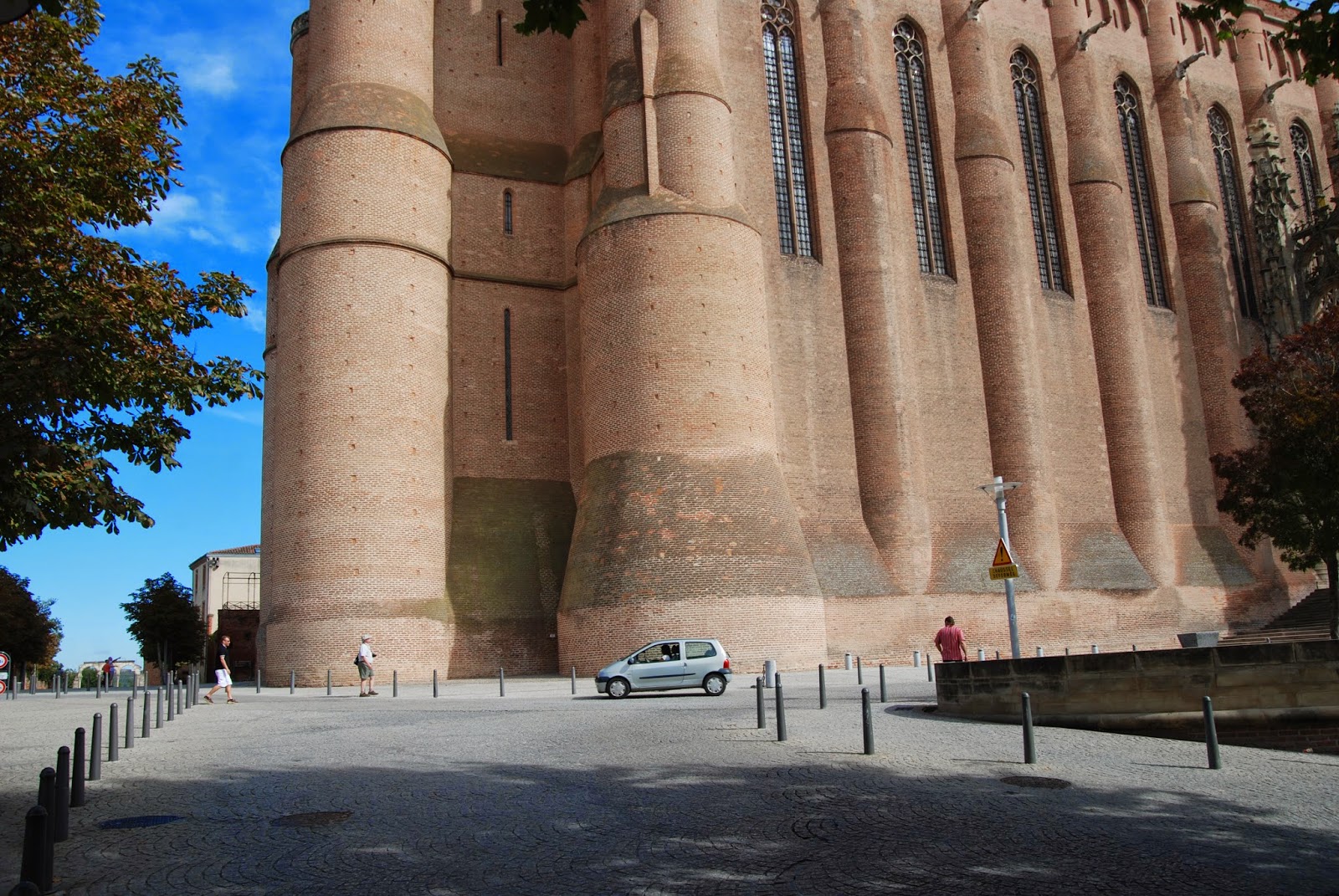 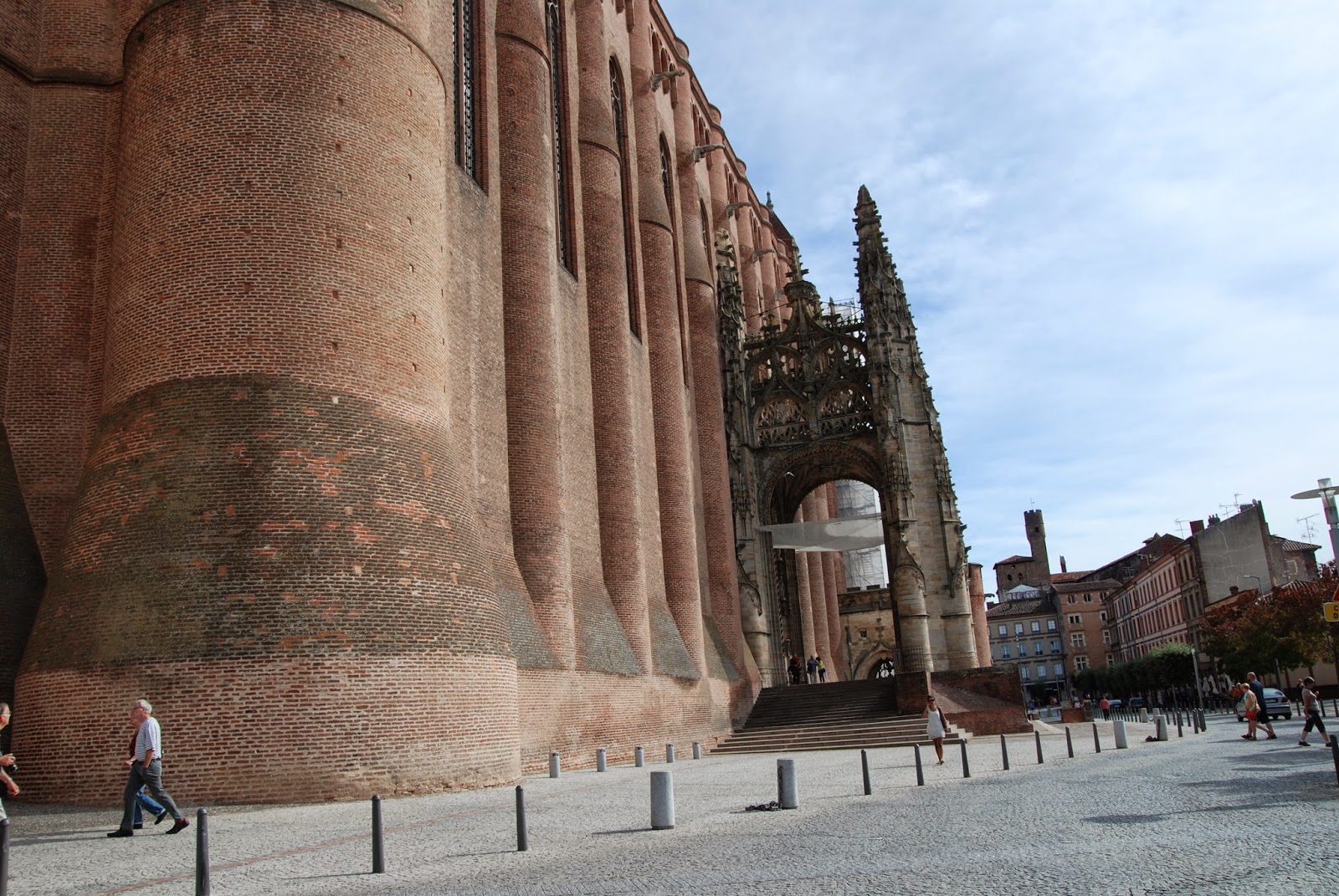 Approaching the structure, I was careful to photograph it when people were walking by to provide the perspective needed when comparing the person to the building.  Built using the red brick of the area, it is an imposing size.  Inside, the ceiling appears to be miles away, the walls soaring above.  It was impossible to honestly capture but it remains fixed in my memory.

Outside, we visited the Bishop's sculpted garden overlooking the Tarn, which was red as the brick, the bridge in the background.

The cathedral stands at the top of the hill overlooking the small city like a guard standing over the vulnerable.
Posted by Penattheready.com at 1:31 PM